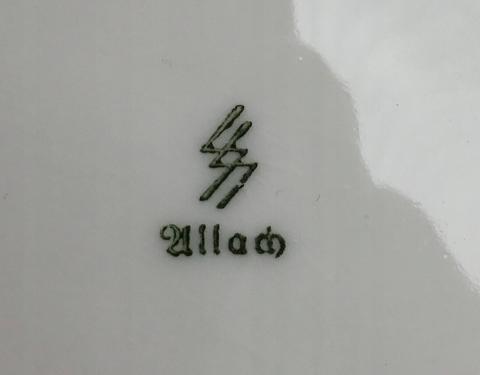 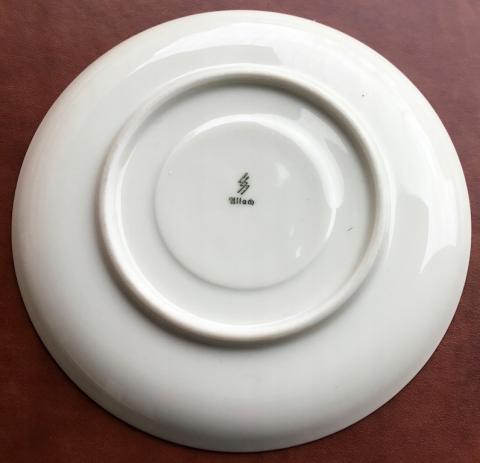 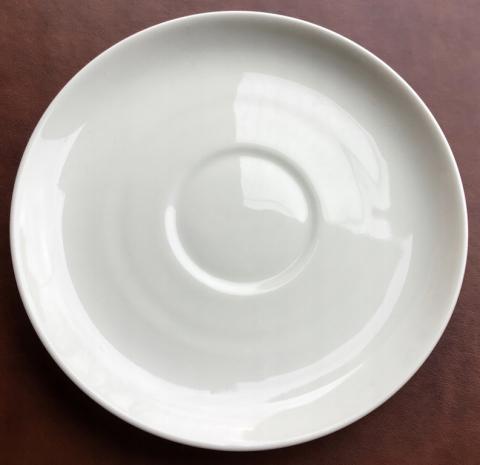 Allach porcelain (pronounced 'alak') a.k.a. Porzellan Manufaktur Allach was produced in Germany between 1935 and 1945. After its first year of operation, the enterprise was run by the SS with forced labor provided by the Dachau concentration camp. The emphasis was on decorative ceramics —objets d'art for the Nazi regime. The company logo included stylized SS runes. Sometimes in place of the company name, the pottery markings mentioned the SS: "DES "ᛋᛋ" - WIRTSCHAFTS - VERWALTUNGSHAUPTAMTES".

Franz Nagy had owned the land since 1925 that the Munich-Allach facility was built on. With his business partner, the porcelain artist Prof. Karl Diebitsch,[2] he began the production of porcelain art. The porcelain factory Porzellan Manufaktur Allach was established as a private company in 1935 in the small town of Allach, near Munich, Germany. In 1936 the factory was acquired by the SS. Heinrich Himmler, the leader of the SS who was known for his obsession with Aryan mysticism, saw the acquisition of a porcelain factory for the production of works of art that would be representative, in Himmler's eyes, of Germanic culture. Allach porcelain was one of Himmler's favorite projects and produced various figurines (soldiers, animals, etc.) to compete in the small but profitable German porcelain market.

High-ranking artists were locked into contract. The output of the factory included over 240 ceramic models. As output at the Allach factory increased, the Nazis moved production to a new facility near the Dachau concentration camp. The use of slave labor from the Dachau camp was strongly denied by the factory managers at the Nuremberg Trials. Initially intended as a temporary facility, Dachau remained the main location for porcelain manufacture even after the original factory in Allach was modernized and reopened in 1940. The factory in Allach was retrofitted for the production of ceramic products such as household pottery.

Prof. Karl Diebitsch, was an Obersturmbannführer in the Waffen-SS, and Himmler’s personal referent on art. Prof. Theodor Kärner was (besides Diebitsch) one of Germany’s most prestigious artists in porcelain. Kärner also worked with Meissen, Rosenthal and Hutschenreuther.

Allach was a sub-camp of Dachau near Munich, located approximately 16 km from the main camp at Dachau. According to Marcus J. Smith, who wrote "Dachau: The Harrowing of Hell," the Allach camp was divided into two enclosures, one for 3,000 Jewish inmates and the other for 6,000 non-Jewish prisoners. Smith was a doctor in the US military, assigned to take over the care of the prisoners after the liberation. He wrote that the typhus epidemic had not reached Allach until 22 April 1945, about a week before the camp was liberated. The fall of the Third Reich brought an end to the Allach factory. The Allach factories were shut down in 1945, and never reopened. 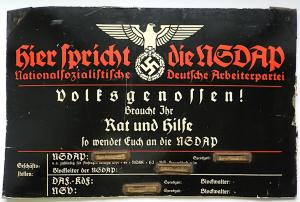 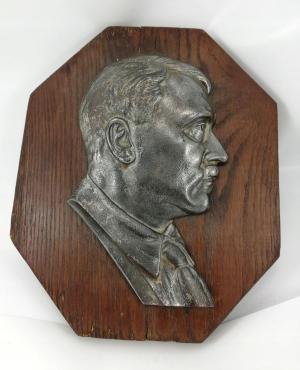 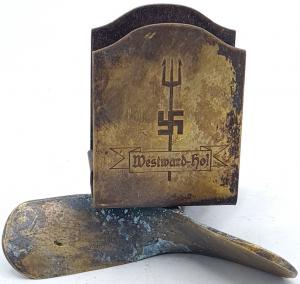 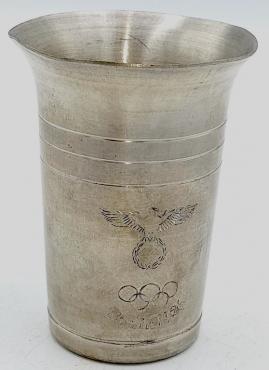