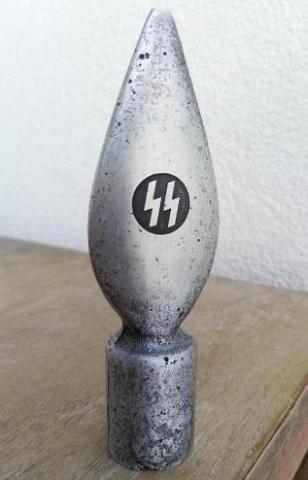 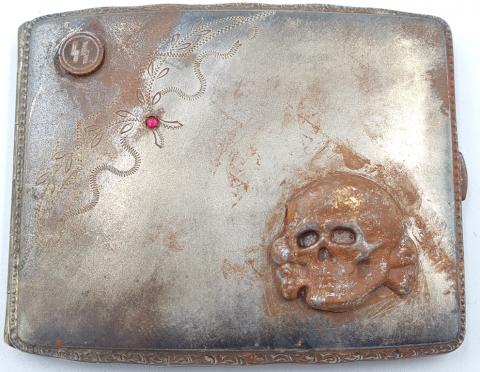 Waffen SS TOTENKOPF cigarette case with skull and ss runes pin
RZM stamped on the inside with also the maker's mark
relic found in the ground, in Russia 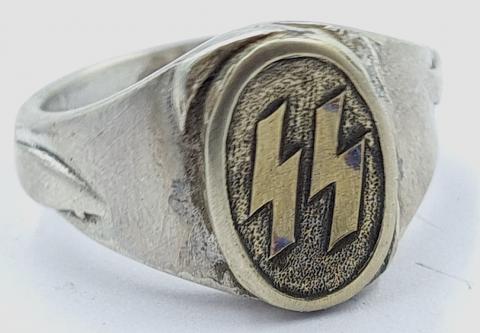 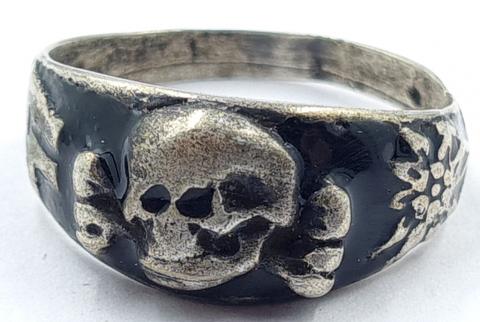 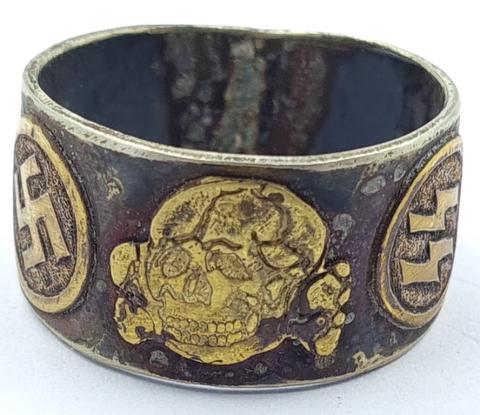 inside the third reich stamp. 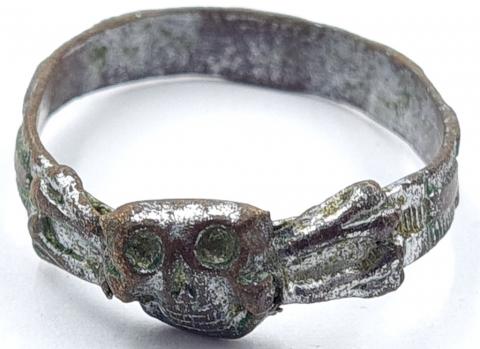 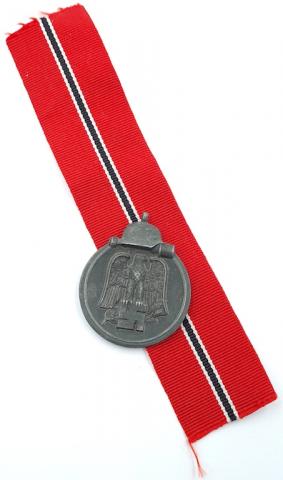 The Eastern Medal (German: Ostmedaille), officially the Winter Battle in the East 1941–42 Medal (German: Medaille Winterschlacht im Osten 1941/42), was a military award of the Wehrmacht which was created by ordinance of Adolf Hitler on 26 May 1942.

The Eastern Medal was awarded to any member of the Wehrmacht and Waffen-SS "in recognition of experience in the struggle against the Bolshevik enemy and the Russian winter within the period from 15 November 1941 to 15 April 1942." It was also awarded posthumously to any service member who died in the line of duty within the Soviet Union. It was wryly called the Frozen Meat Medal or the "Order of the Frozen Flesh" (German: Gefrierfleischorden).

Criteria
Wehrmacht personnel qualified for the Eastern Medal after a minimum of 14 days in active combat; 30 air combat sorties; 60 days continuous of service in a combat zone; being wounded or suffering a "frozen limb", severe enough to warrant the issue of a Wound Badge, and it could be awarded posthumously.

On 20 January 1943, official qualification for the Eastern Medal was extended to include both male and female combatant and non-combatant personnel in the Wehrmacht. Also, foreign members of Wehrmacht units; personnel killed or missing in action and civilians working under Wehrmacht control, including those involved in construction and road building. Geographic limits were placed on the award of east of Ukraine and Ostland or in the Finland area, east of the original 1940 Russo/Finnish border. The Eastern Medal was officially decommissioned by the Oberkommando der Wehrmacht (German: High Command of the Armed Forces) (OKW) on 4 September 1944.

Issue packet
The Eastern Medal was designed by SS-Unterscharführer Ernst Krauit.Measuring 3.6 cm (1.4 in) in diameter, of (generally) zinc construction, the medal was given a gun-metal coloured coating. The concave obverse side features a national socialist eagle grasping a swastika with laurel behind. The reverse features the text in capital letters: "WINTERSCHLACHT IM OSTEN 1941/42" ("Winter Battle in the East 1941-42") featuring a crossed sword and branch below the text. A helmet and stick grenade below the medal loop as well as outer ring were finished in a polished silver effect. The medal measures approximately 44mm by 36mm.

Instituted on 18 October 1938, the medal was awarded to participants in the occupations of Sudetenland in October 1938 and Czechoslovakia in March 1939.

The medal was awarded to all German State officials and members of the German Wehrmacht and SS who entered the Sudetenland on 18 October 1938,[1] and to Sudeten Nazis who had worked for union with Germany.[3] Later a special bar for attachment to the ribbon was introduced for participation in the occupation of the remnants of Czechoslovakia on 15 March 1939,[1] and to others who rendered valuable support.[3] Last awarded on 31 December 1940, a total of 1,162,617 medals and 134,563 bars were bestowed.[1]

Prague Castle Bar
For those who had participated in both the occupation of the Sudetenland and the annexation of Bohemia and Moravia on 15 March 1939, a bronze Castle Bar (German: Spange Prager Burg), was approved on 1 May 1939. This bar featured the Prague Castle on the obverse with two triangular prongs in the back, which held it on the ribbon of the prior awarded Sudetenland medal. The bar, like the medal, was die-struck and high in detail, with a bronze finish. 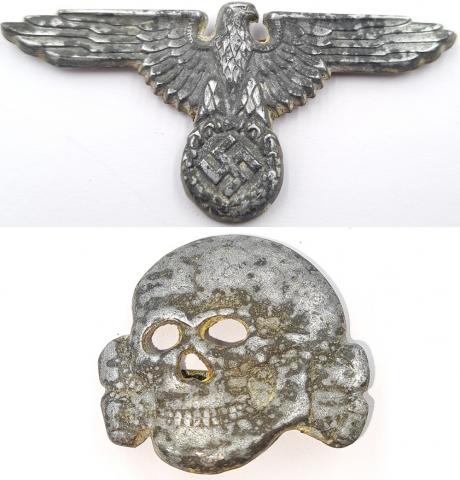 bot insignias with all solid prongs and good preservation state.