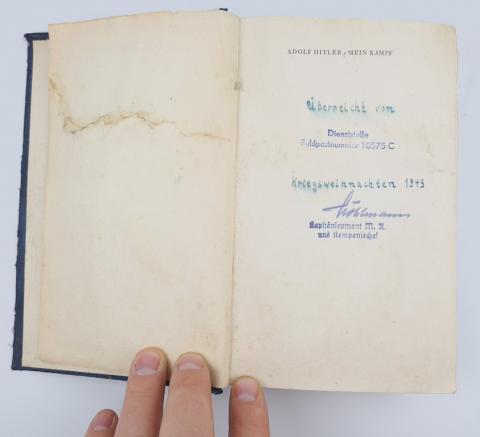 ADOLF HITLER BOOK MEIN KAMPF SIGNED BY A GENERAL OF THE KRIEGSMARINE, OWNED BY A NAVY SOLDIER

SEE THE NICE SIGNATURE - DEDICATION BY THE GENERAL OF THE KRIEGS DIVISION OF THE OWNER
BOOK PROBABLY WAS WITH THE OWNER ON A BOAT OR A U-BOAT DURING THE WAR, SALTY CONDITION BUT STILL SOLID AND NICE

INCLUDED A FAC SIMILE SIGNATURE OF HITLER ON THE FIRST PAGE, WITH HIS PHOTO 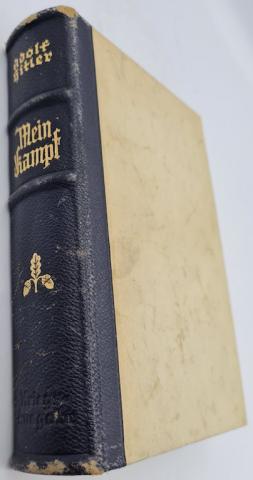 was given as wedding gift to officers
signed by the division's leader. 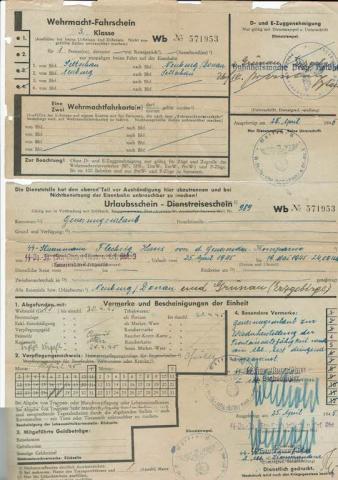 For example, on May 31, 1943, the SS-Sturmgeschütz-Ersatz-Batterie at the Tr.Üb.Platz 'Heidelager' ('Dębica') training ground in Poland was expanded and supplemented with the SS-Sturmgeschütz-Ausbildungs-und -Ersatz-Abteilung. According to some information, this unit was, according to some information, already as SS-Sturmgeschütz-Ersatz-und-Ausbildungs-Abteilung Janowitz (SS training and reserve assault unit Janovice) transferred to SS-Pz.Jg. (Stu. Gesch.) Schule Janowitz in the Protectorate of Bohemia and Moravia. Here, perhaps on August 15, 1944, it was renamed SS-Panzerjäger-Ausbildungs-und-Ersatz-Abteilung 3.

There is also information that one officer from the French SS Division - Obersturmführer Pierre Michel from 33rd Waffen Gren.Div.der SS 'Charlemange' (French.Nr.1) was sent on a course to SS-Pz .Jg . (Stu.Gesch.) Schule Janowitz to learn how to operate the StuG and Jagdpanzer 38 ('Hetzer') vehicles.

The department was established as a branch of spare cannons from the SS-Sturmgeschütz-Ersatz-Batterie on the SS-Tr.Üb.Platz Dębica from April 10, 1943.

It continuously replaced the SS assault gun and the tank destroyer units of the Waffen-SS field soldiers.

From the spring of 1945, the Companies were also directed to infantry in the Waffen SS battle groups in Austria, incl. Kgr. Moravia to Krems. 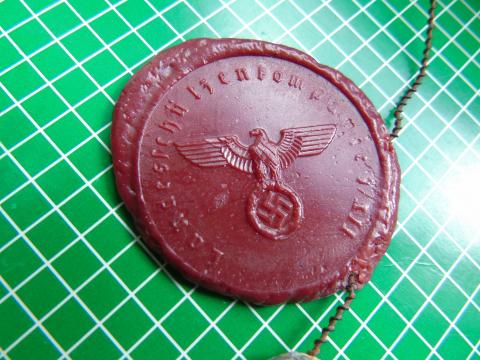 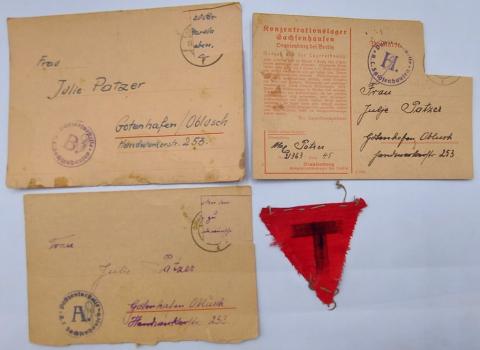 the grouping include 3 letters - postcards from the same inmate with his name and ID (21363)
and also his red triangle Czech political prisoner jacket patch.

this is UNIQUE and VERY rare !
for someone who wants to preserve the history ! 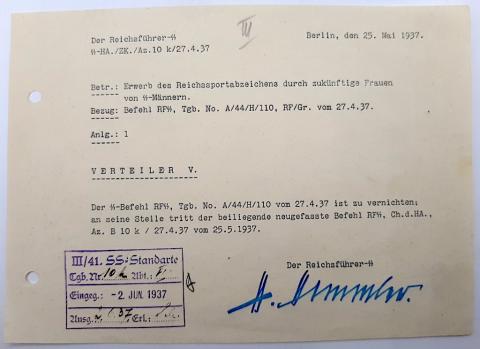 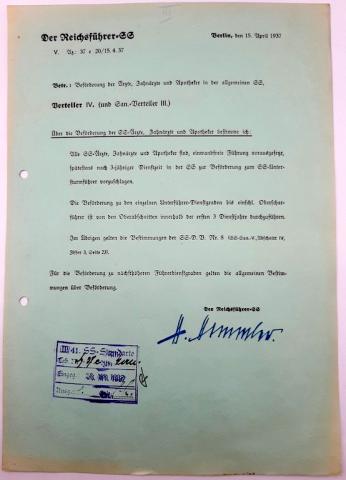 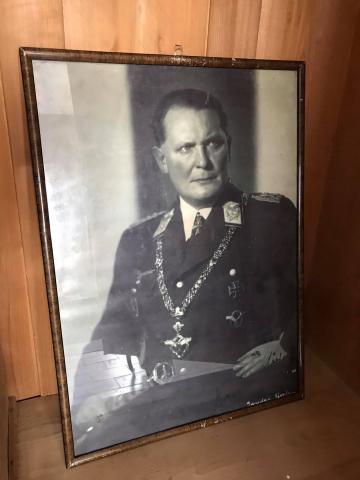 ORIGINAL WAR PERIOD PHOTO FRAME, LARGE SIZE OF HERMANN GORING
WITH HIS ORIGINAL SIGNATURE ON IT ALONG WITH THE SIGNATURE OF THE AUTHOR OR PHOTOGRAPH...

THIS IS AN AMAZING CENTERPIECE IN A DISPLAY ! 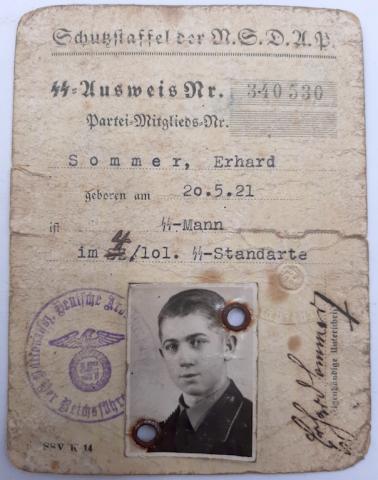 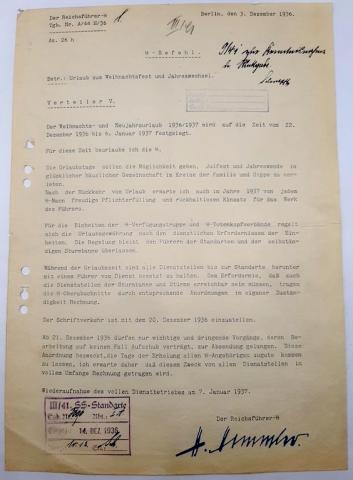