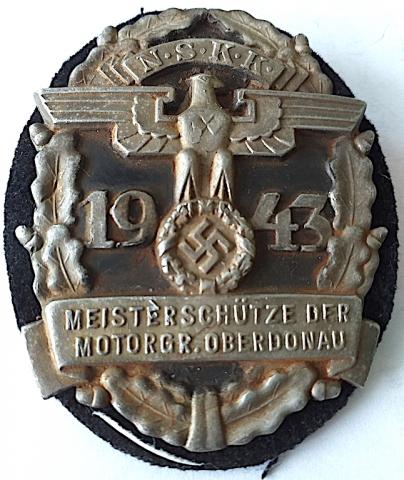 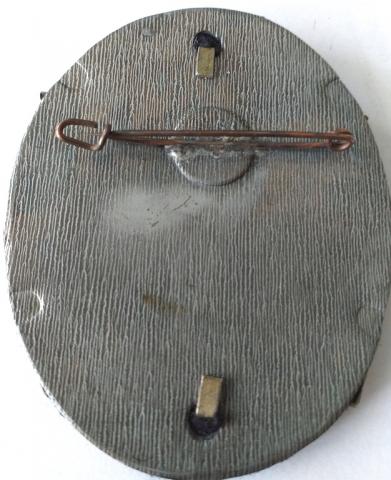 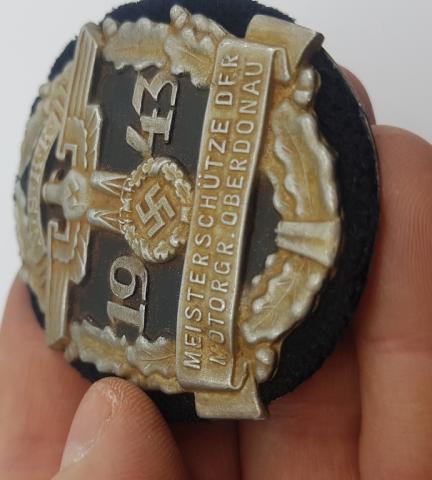 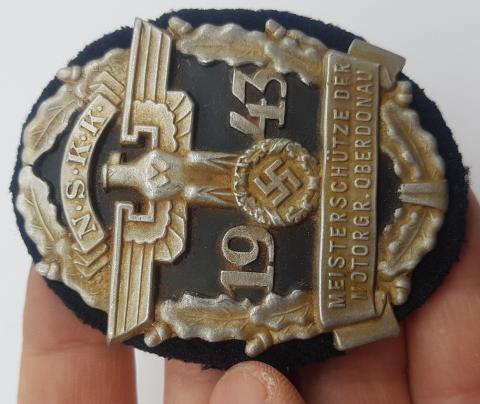 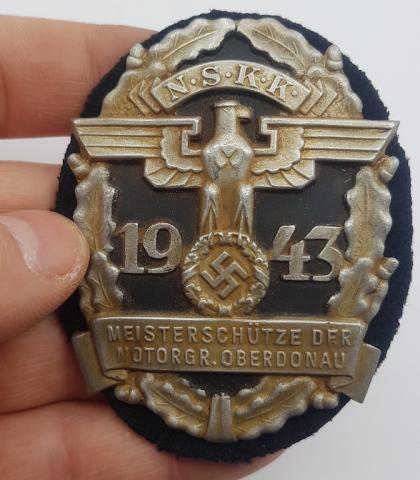 The National Socialist Motor Corps (German: Nationalsozialistisches Kraftfahrkorps, NSKK)[1] was a paramilitary organization of the Nazi Party (NSDAP) that officially existed from May 1931 to 1945. The group was a successor organisation to the older National Socialist Automobile Corps (NSAK), which had existed since April 1930.

The NSKK served as a training organization, mainly instructing members in the operation and maintenance of high-performance motorcycles and automobiles. The NSKK was further used to transport NSDAP and SA officials/members. The NSKK also served as a roadside assistance group in the mid-1930s, comparable to the modern-day American Automobile Association or the British Automobile Association. The outbreak of World War II in Europe caused the NSKK ranks to be recruited to serve in the transport corps of various German military branches. There was also a French section of the NSKK, which was organised after the German occupation of France began in 1940. The NSKK was the smallest of the Nazi Party organizations.

The National Socialist Motor Corps (NSKK) was a successor organization to the older National Socialist Automobile Corps (NSAK), which had existed since being formed on 1 April 1930.[2] Legends about the actual emergence of the NSKK go back as far as 1922, when the publisher of the Völkischer Beobachter (People's Observer) and founding member of the German Workers' Party (DAP), Dietrich Eckart, allegedly purchased trucks so the SA could perform their missions and transport propaganda materials.[3] Martin Bormann founded the NSAK, which itself was the successor to the SA Motor Squadrons (Kraftfahrstaffeln).[2][4] Hitler made the NSAK an official Nazi organization on 1 April 1930.[3] The NSAK was responsible for coordinating the use of donated motor vehicles belonging to party members, and later expanded to training members in automotive skills. Adolf Hühnlein was appointed Korpsführer (Corps Leader) of the NSAK, which was to serve primarily as a motorized corps of the Sturmabteilung (SA). Hühnlein became the organization's "nucleus".

The organization's name was changed to the National Socialist Motor Corps (Nationalsozialistisches Kraftfahrkorps; NSKK),[6] becoming official on 1 May 1931. It was essentially a paramilitary organization with its own system of paramilitary ranks and the smallest of the NSDAP organizations. Despite its relatively smaller size, when the Nazis celebrated Braunschweiger SA-day on 18 October 1931, the NSKK had upwards of 5,000 vehicles at its disposal to move men and materials.

The primary aim of the NSKK was to educate its members in motoring skills or what was called "fitness in motoring skills" (Motorische Ertüchtigung),[8] but it also transported NSDAP and SA officials.[2] In the mid-1930s, the NSKK also served as a roadside assistance group, comparable to the modern-day American Automobile Association or the British Automobile Association.

Membership in the NSKK did not require any prior knowledge of automobiles. It was thought that training in the NSKK would make up for any previous lack of knowledge. However, the NSKK adhered to Nazi racial doctrine and screened its members for Aryan qualities. Under the guidance of the police, numerous NSKK men were stationed at traffic junctions and trained in traffic control.

On 20 July 1934, weeks after the major purge of the SA in what became known as the Night of the Long Knives, the NSKK was separated and promoted into an independent NSDAP organization. From 1935 onward, the NSKK also provided training for Panzer crews and drivers of the Heer (German Army). The NSKK had two sub-branches within the organization known as the Motor-Hitler Youth (Motor-Hitlerjugend; Motor-HJ) and Naval NSKK (Marine-NSKK).[2] The Motor-HJ branch was formed by Reichsjugendführer (Hitler Youth Leader) Baldur von Schirach after he became a member of the NSKK. It operated 350 of its own vehicles for educational and training purposes.[9] The Naval NSKK trained men in the operation and maintenance of boats.

During the 1936 Olympics in Berlin, the NSKK assumed responsibility for a variety of transport tasks, proving themselves effective at political propaganda by transporting foreign visitors around on designated tours. By 1938, NSKK members were undergoing mechanical and operational training for both civilian and military type vehicles. Over time, the training at NSKK schools became primarily focused on military related tasks. For services to the NSKK and due in part to the general success of the NSKK, Hühnlein was promoted to the position of a Reichsleiter of the NSDAP in 1938. Hühnlein was NSKK Korpsführer from 1931 until he died in 1942, when Erwin Kraus took over. 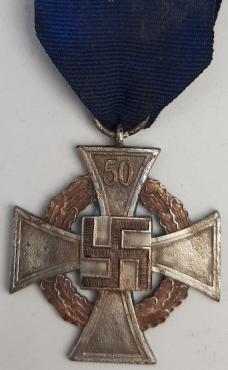 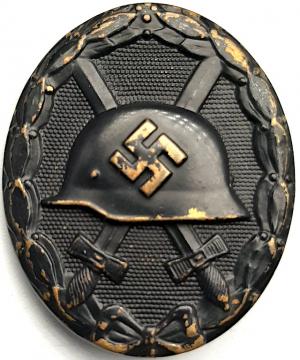 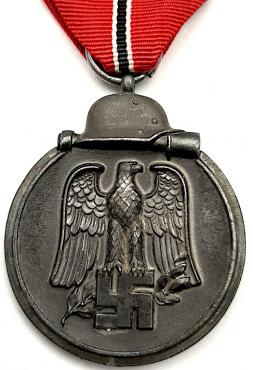