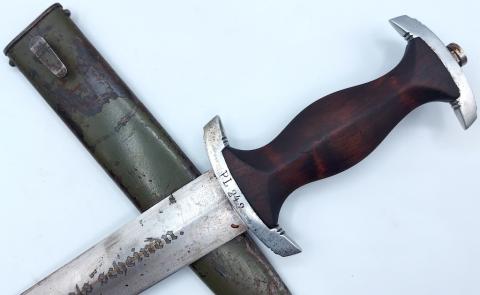 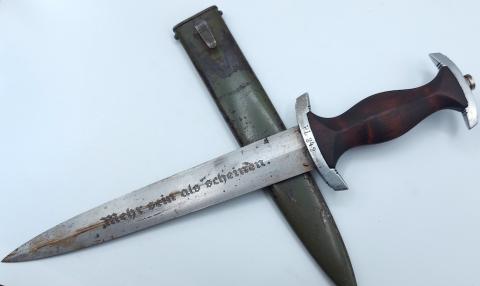 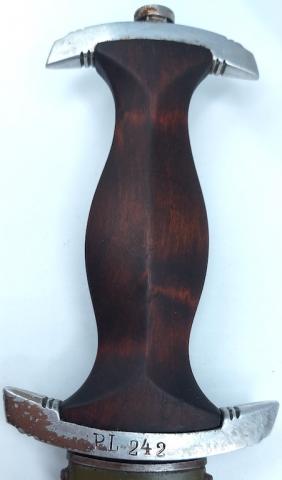 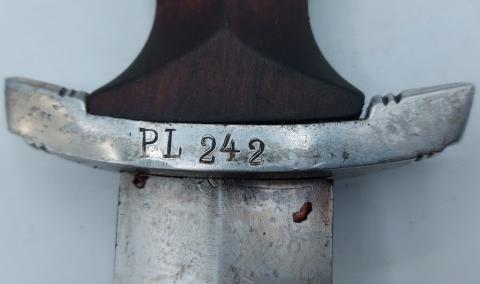 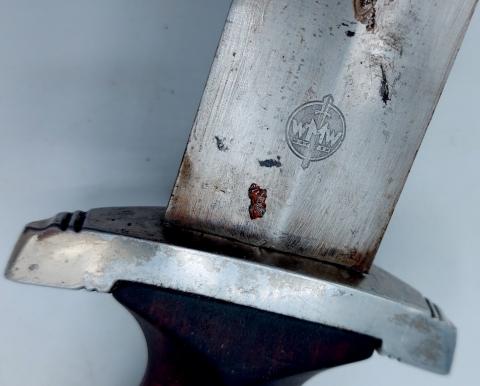 A beautiful piece is stamped by the school PLON ( PL 242 ) with the correct font used and the tipical kind of stamping that they made WW2 period.
it's textbook - similar are showed on reference books.

In the first 4 years at an NPEA school, students wore the standard Hitler Youth knife. In 1935 a Holbein style dagger was introduced for older students between the age of 14 and 18 years.

The dagger was a much simpler design than the SA or SS dagger; being without insignia and having a plain brown wooden grip.

The steel scabbard was plain olive green in colour with no chape or top fittings and looked similar to a baynette scabbard. The scabbard was suspended vertically from a simple leather frog.

The blade had the NPEA motto "Mein sein als scheinen". The hilt fittings were initially made from nickel silver, models after 1936 being made from aluminium.

Main manufacturers for the NPEA dagger were Carl Eickhorn and Max Weyersberg although they seldomly had the makers mark on the blade. More commonly they bore the daggers distributor trade mark of Karl Burgsmuller of Berlin.

NPEA daggers remained property of the school and were normally on loan to students being returned upon completion of their studies. Each dagger was stamped on the cross guard with the NPEA establishment number and an inventory number. 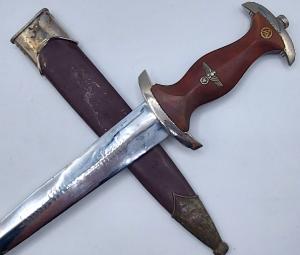 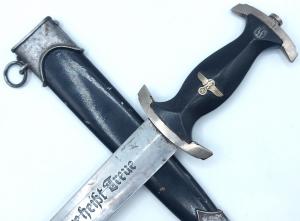 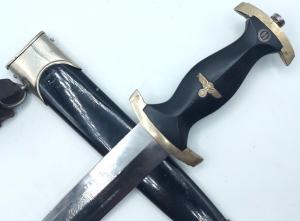 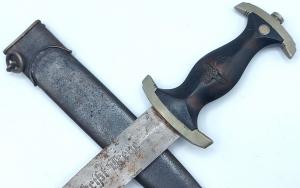