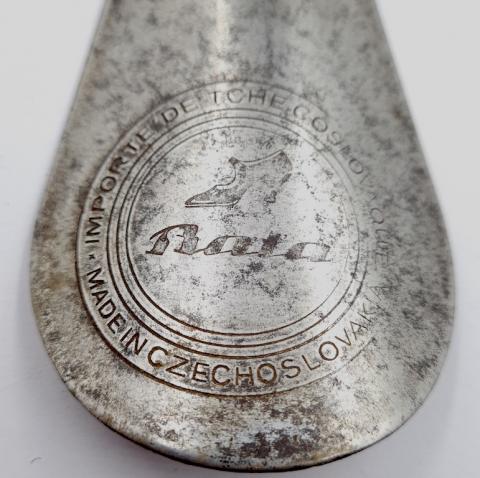 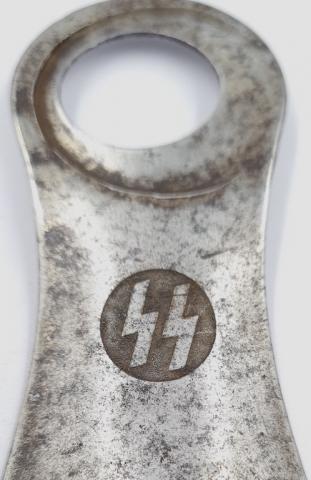 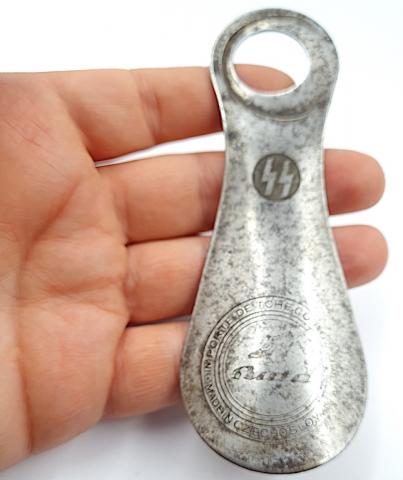 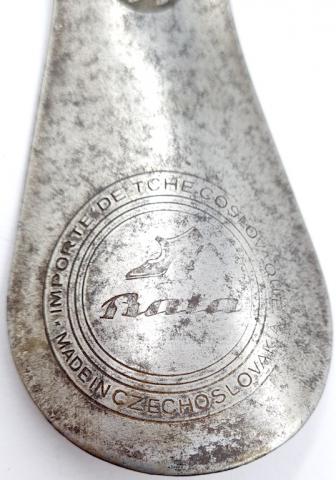 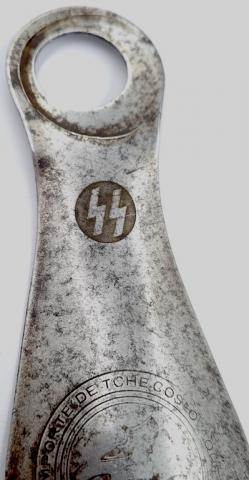 the Fabrik BATA a known company was managed by the Waffen SS and used inmates from Auschwitz subcamp in their faktory.
this is a shoe tool marked

Just before the German occupation of Czechoslovakia, Baťa helped re-post his Jewish employees to branches of his firm all over the world.[9][10] Germany occupied the remaining part of pre-war Czechoslovakia on 15 March 1939; Jan Antonín Baťa then spent a short time in jail but was then able to leave the country with his family. Jan Antonín Baťa stayed in America from 1939–1940, but when the USA entered the war, he felt it would be safer for his co-workers and their families back in occupied Czechoslovakia if he left the United States. He was put on British and US black lists for doing business with the Axis powers, and in 1941 he emigrated to Brazil. After the war ended, the Czechoslovak authorities tried Baťa as a traitor, saying he had failed to support the anti-Nazi resistance. In 1947 he was sentenced in absentia to 15 years in prison. The company's Czechoslovak assets were also seized by the state – several months before the communists came to power. He tried to save as much as possible of the business, submitting to the plans of Germany as well as financially supporting the Czechoslovak Government-in-Exile led by Edvard Beneš.

In occupied Europe, a Bata shoe factory was connected to the concentration camp Auschwitz-Birkenau.[11] The first slave labour efforts in Auschwitz involved the Bata shoe factory.[12] In 1942 a small camp was established to support the former Bata shoe factory (now under German administration and renamed "Schlesische Schuh-Werke Ottmuth, A.G") at Chełmek with Jewish slave labourers.[13] The prisoners, mostly from France, Belgium, and the Netherlands, were tasked to clean the ponds from which the plant drew the water it needed.[14] Also slave workers from the ghetto of Radom were forced to work at the Bata factory for a soup a day.[15]

The Baťa factory was bombed by the 15th AF, 455th BG at 1235 hrs using 254 x 500 RDX bombs (63.50 tons). The Strikes fell south in the workers dwellings and carried across eastern half of plant layout. Numerous strikes in this section including warehouses, machine shops and footwear production buildings.[16] 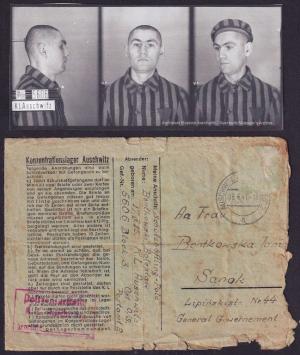 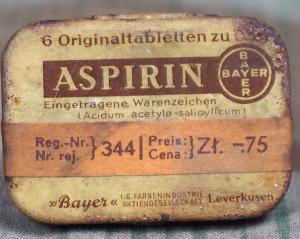 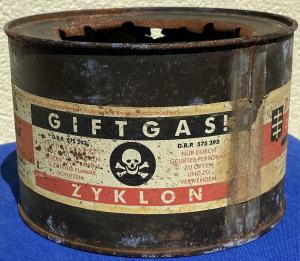 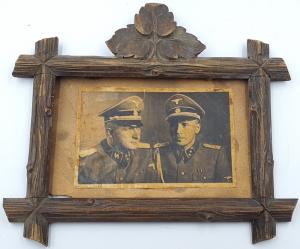